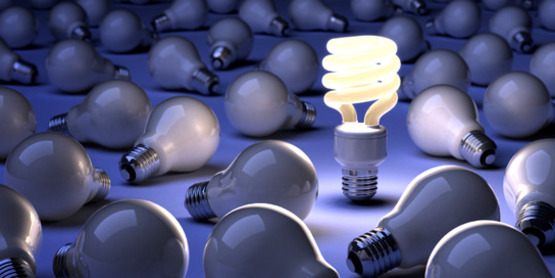 LEDs last up to 20 times longer than incandescent bulbs and use much less energy.

Save Energy with Lighting